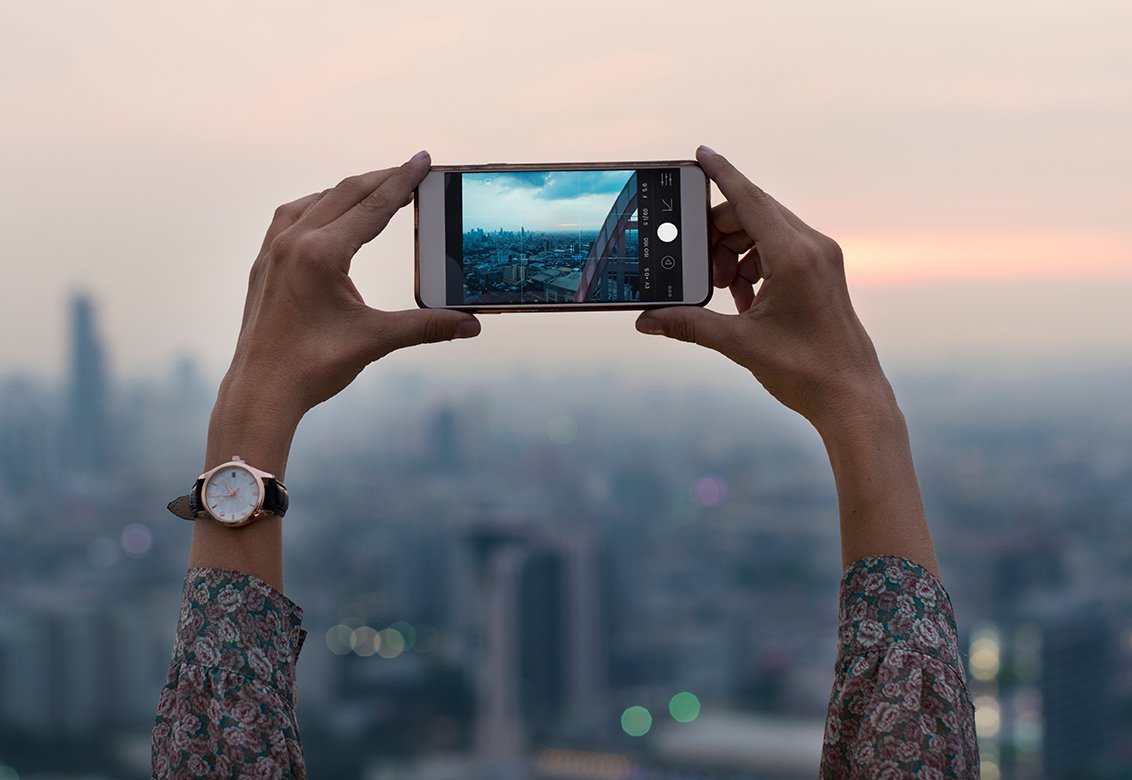 Filming with your smartphone - horizontally or vertically?

Should I film vertically or horizontally? This is one of the most frequently asked questions during our smartphone filming and vlogging workshop.

During the first practical exercise during our professional filming and vlogging with the smartphone workshop, we see participants who hold their mobile phone horizontally, but also participants who record their first recordings vertically. Then there is always the question. Should I film vertically or horizontally?

Opinions are divided. We always say, 'the starting point should be: who is your target group and where are you going to publish your video or vlog'? The standard measure is (generally) still horizontal. Film has always been a landscape medium until the rise of social media platforms such as Facebook Live, Snapchat and Instagram stories. We also believe that horizontal video will continue to be the norm for Youtube and websites where the videos need to have a longer shelf life. Horizontal viewing is also our natural viewing experience. Most screens of monitor devices such as the television, PC monitors and laptop are still oriented horizontally and not tiltable.

There are film or video makers who think that you should not film vertically. We think that view is a bit outdated. Vertical filming has become the standard on Facebook Live, Snapchat and Instagram Stories. These social media apps are made vertically for a reason: we use our smartphones vertically. Smartphones have a vertical screen and everyone almost always holds their device in an upright position.

Do you want to experiment with recording vertical and horizontal videos? Then follow our workshop filming and vlogging with the smartphone in the film studio in Bussum.