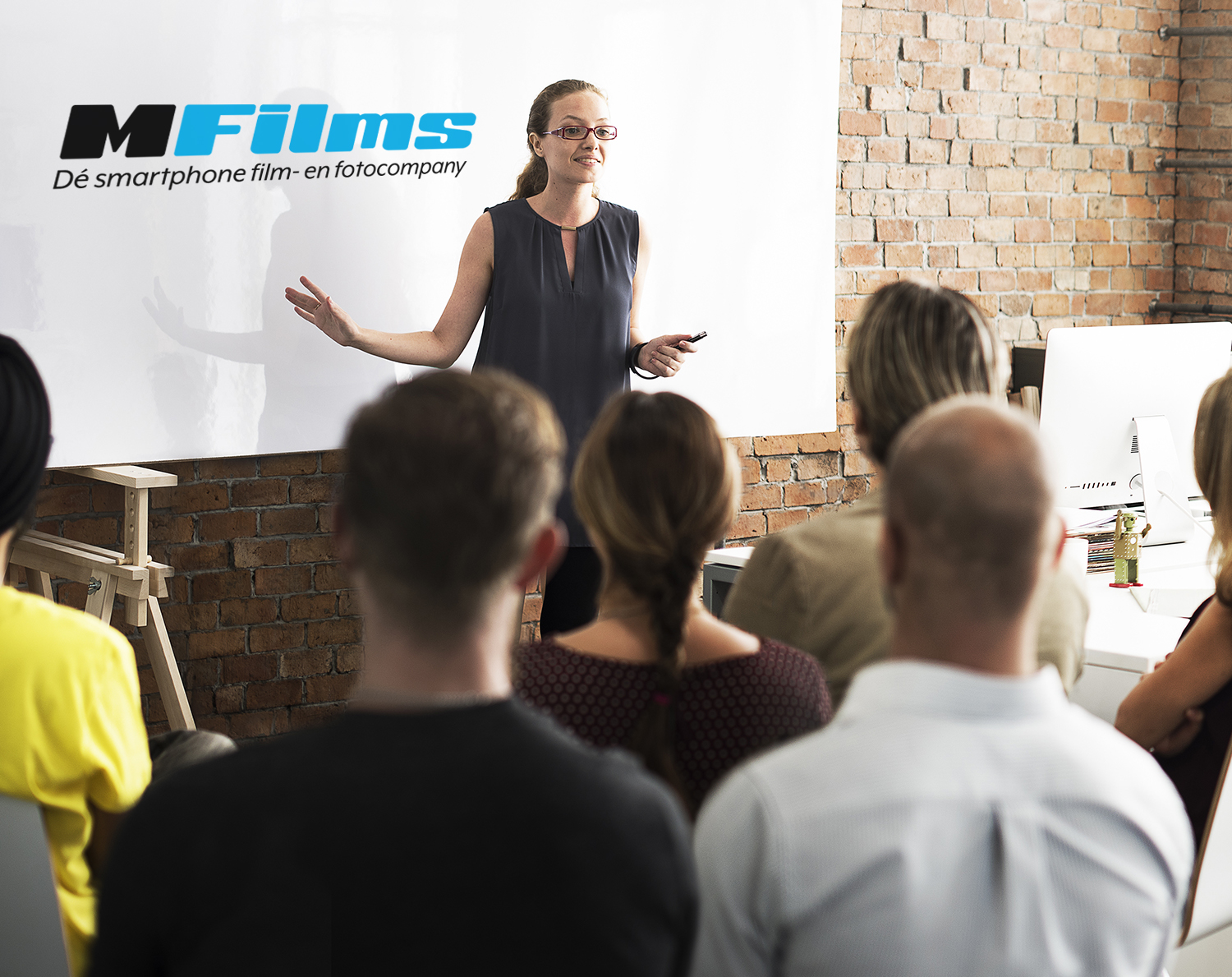 Our in-company workshops for professional filming, business vlogging or presenting in front of the camera last 1 day or 2 half-days and the photographing and editing workshop takes 1 half-day. You can also use the workshops in abbreviated form as part of your team outing or team building day. A fun and dynamic way to get to know each other better and learn to work together better. And of course also to learn better filming, vlogging, photographing and presenting!

Professional filming and vlogging with your smartphone 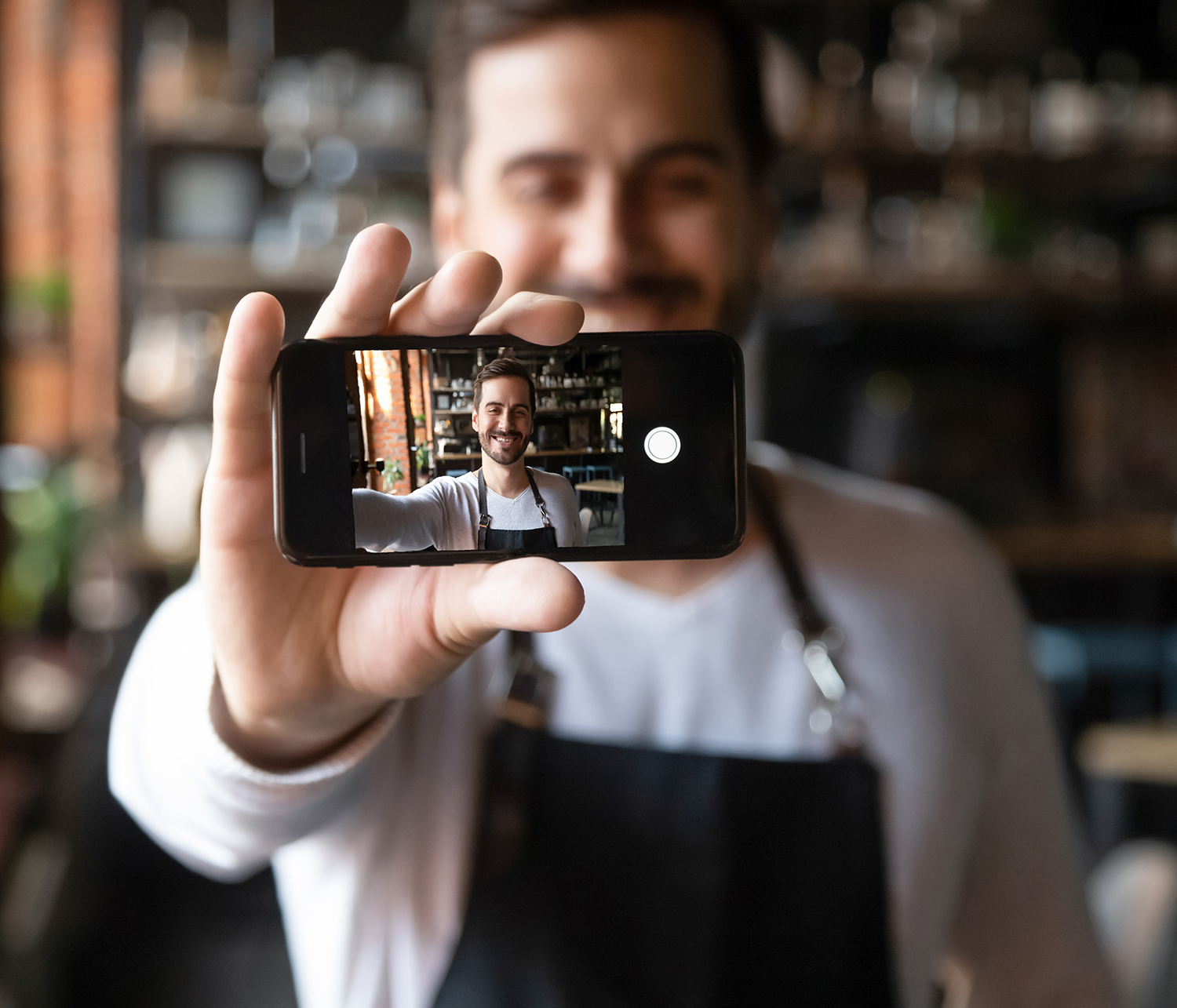 During this instructive, in-company workshop, participants learn how to film with their smartphone in a professional manner. There is not only attention for the filming itself, but also the content is given the necessary attention. How do you come up with a good story? Our method aims to train participants to become basic filmmaker, editor and storyteller, who can conceptualize, film, edit and share simple subjects via social media. 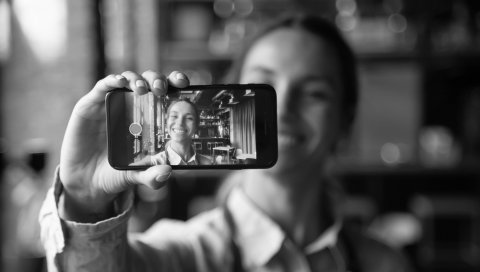 During this instructive, in-company workshop, participants learn to present on camera and to practice vlogging. The strength of this workshop lies in the interactive nature based on many practical vlog and presentation exercises that they will look at with the teacher and each other, and the personal attention. By doing so, participants learn what works and what doesn't in their vlog and they get a good idea of which presentation method suits them best.
As a final assignment, participants make a storyboard. After the recordings they assemble their final assignment vlog with iMovie or Kinemaster.

Present yourself with the smartphone camera 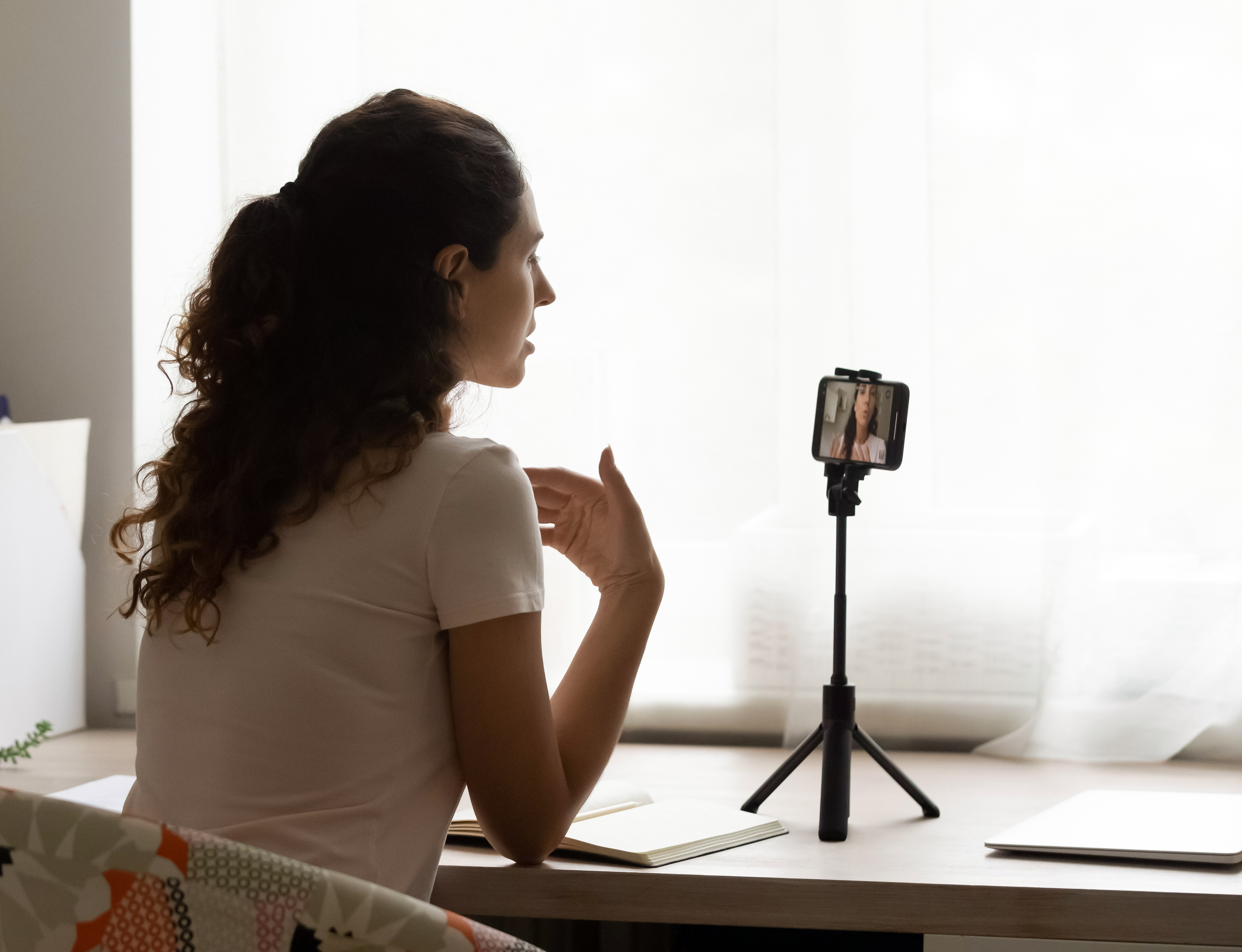 During this Incompany training, participants receive many practical exercises. Practice makes perfect after all. The focus of the workshop is on body language and use of voice. Are you well understood? Are you speaking at the right speed? How do you come across? Are you active or uninspired? Are you making enough eye contact? Is your body language in sync with your story? Based on the exercises and feedback from the teacher and fellow students, participants learn how to present themselves powerfully, enthusiastically and confidently in front of the smartphone camera. In addition, they also learn how to properly interview other people within or outside your organization and how to get a good picture of them.

Shoot and edit photos with your smartphone 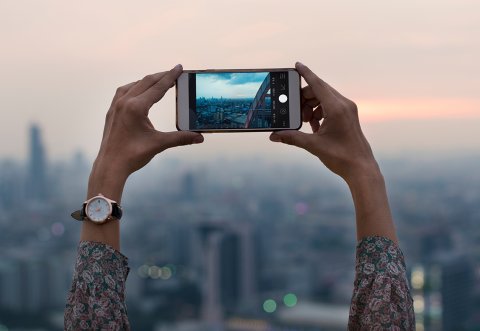 During this Incompany workshop it is explained step by step how participants can take (even) better photos with their smartphone. Attention is paid to composition, frame, perspective and depth of field. The focus is not only on better shooting with the smartphone, but also on editing the images on the smartphone and the optimal application of photos for various social media such as Instagram, Facebook, LinkedIn and Twitter.

During a workshop Filming and vlogging with your smartphone as part of a team outing, participants go through the production process in half a day, which sometimes takes a professional film crew months. In each group, participants make a film story based on storytelling principles. Subsequently, the most important film techniques, film frames and camera movements are taught in a crash course. Then the recordings begin, using the smartphone as a camera. Then we look at the installation. A movie isn't a movie if there isn't at least a very small premiere party after its completion. With that we conclude.

During a team building outing 'smartphone photography', the participants learn in a few hours how they can take and edit the most beautiful photos with their smartphone. In groups, the participants record each other on image. After the recordings, the participants will edit and print three photos. These are then put in a passe-partout and provided with personal commentary.

As experienced filmmakers and photographers, we share our knowledge and insights during our workshops. Our experience is that after successful recordings, the groups separate as a close-knit team.

Impression film, vlog, present and photography workshops: incompany and as part of a team outing

Impression of training business vlogging and presenting in front of the camera.
Leaseplan

Filming and vlogging workshop for Eden Hotels as a teambuilding activity in the Babylon Hotel in The Hague.

Experiences of participants of the municipality of Noordenveld.

Incompany workshop for employees of the municipality of Uden and Oss in Uden.

'I never expected that I could make such a professional film in such a short time'!

'Even for a vlogger like me, a film plan is very important'

'I've been vlogging for the first time. Scary, but great fun!'

'I thought I was already very good at it, but I still discovered a lot of new things'

Some videos that participants realized as a final assignment

Tomatoes out of space